Some Bigfoot (aka Sasquatch/Yeti) researchers believe the Mysterious Ape Island, In the Pacific Northwest, may actually hold the missing clues to unraveling the elusive mystery of the legendary Sasquatch.

Recently profiled and investigated by the show MonsterQuest, the Vancouver Island is a densely forested land mass located about 70 miles northwest of Seattle, Washington. The island is divided from Canada’s mainland by water and is a well-liked destination for hikers, hunters and quite possibly something terrifying and elusive to humans. Population of about 750,000. 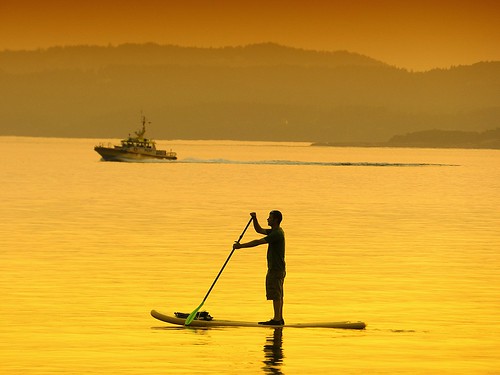 Natives told tales to their children of an ape-like beast to be feared that would steal them should they venture into the forest. Were these merely protective stories from parents to their children or based on actual happenings. More than just stories of a bogeyman, recent eyewitnesses tell equally shocking stories of an ape-like monster that attacks people as they sleep in their homes and tents. In addition these eyewitnesses have reported viewing these creatures searching for clams and devouring fish on the coastline.

The MonsterQuest expedition team follows up these reports, launches their own Bigfoot hunt and finds that recent scientific discoveries of swimming apes could lead them to their most astounding discovery yet to date, the Bigfoot! The big question is, if apes swim does that mean the elusive Bigfoot does as well in the hunt for food and proper shelter.