In what may be a sign of the times, a new viral meme has been circulating, showing that more Americans believe in the legendary Bigfoot than Hillary’s honesty and trustworthiness. According to some national polls about 11% of Americans believe that Hillary Clinton is an honest person and Donald Trump was considered more trustworthy in those same polls. Regardless of the actual facts this however is the perception of a section of Americans and in particular Donald Trump and his supporters. At the time of this post Hillary Clinton has lost the election and Donald J Trump has been voted in as our new president. Sadly, Hillary’s honesty problems followed her right to the polls regardless if she deserved it or not. 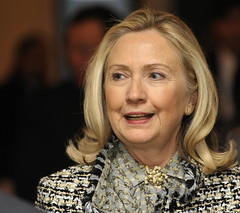 Nevertheless this is not a political piece whatsoever and depending on how you feel about Bigfoot you might be pleasantly surprised. According to a new poll the Angus Reid Public Opinion, nearly three-in-ten Americans (29 percent) and one-in-five Canadians (21 percent) think Bigfoot is “definitely” or “probably” real. So what this means is essentially more Americans and Canadians believe in the possibility that Bigfoot is a real creature then in Hillary’s honesty.

Well whether you’re a Hillary Clinton supporter or Donald Trump’s one thing most people in the paranormal field and Bigfoot community can agree on is that the government is suppressing information on the existence of Bigfoot. This is a topic which is widely debated within the Bigfoot community and the skeptics. The government is one topic which is often spoken upon as a reason why there is not much evidence in the form of dead bodies or bones. It is said by the Sasquatch community that the government is actively doing all it can to suppress any information available which would prove the existence of a Sasquatch/Bigfoot/Grassman and skunk ape.