Call blasting, sound blasting, or simply vocalization is a strategy of making use of audio recordings of theorized Bigfoot sounds and actively playing them high in volume throughout the wilderness. Call blasting is usually performed repetitively in the hopes of eliciting a reply from Bigfoot, also known as the Sasquatch, very much like hunting various other animals.

Call blasting is employed in an effort to catch the attention of a Bigfoot to approach them, or to create a sound back again in response. We’re not completely absolutely clear on the origins of call blasting.

A number of Bigfoot researchers credit veteran investigator John Freitas for creating the technique; however, Roger Patterson is acknowledged to have made use of his own personal voice and a church bell to produce a howl, which he in turned used in the field in the seventies. Richard Greenwell furthermore employed call blasting.

Bigfoot sightings, screams and sounds are generally depicted by many who have investigated the creature and that have had close encounters as screams, whistles, wails, grunts, whoops, moans along with screeches. In reality, quite a few have asserted the sounds the Bigfoot/Sasquatch creature can make are in many instances, indescribable and have under no circumstances been made aware of anything like it in their lives prior to now! 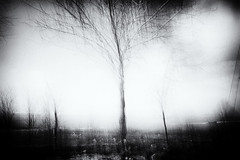 A number of Bigfoot investigators are concentrating on attempting to accumulate Bigfoot sounds from the forests which may be utilized to provide evidence of the existence of Bigfoot/Sasquatch. Sound capture has the benefit over photo and video, for the reason that sound can be recorded in a one mile or more radius, and sound can be analyzed scientifically.

In general mainstream scientists say the purported Bigfoot sounds are just known animals such as a pack of wolves, various birds and even owls. However having said this, Bigfoot supporters claim these are not your ordinary wildlife but Bigfoot actually imitating them, and beyond just imitating them Bigfoot researchers claim they have scientists who backup their version that these sounds are in such a frequency which cannot be produced by any known wildlife or humans for that matter.