How many people believe in bigfoot? Thats a very interesting social question? let’s begin with what is a bigfoot anyway? A bigfoot is a hominid over 8 feet tall and weighing 600 pounds or more. It has large, dark eyes, a sloping forehead, long and shaggy red hair, a beard and hairy body. These creatures are said to inhabit the Pacific northwest of North America
In fact, there are many people who believe strongly in the existence of bigfoots. It’s not just about what people suspect but rather what people say they have experienced with these creatures that makes them believe there is such an animal out there! Not only that but how society perceives it adds to it all.

First a little history on bigfoot, sightings have around for decades. Sasquatch was in American Indian spoken word for countless years. Way before becoming s pop icon around the world. The Indians believed that these creatures were put on earth by the Great Spirit. The white man began to view this mythical creature as the ultimate unknown creature.

Bigfoot, hairy man, sasquatch has been in indigenous Indian folklore far longer than we actually know. Bigfoot is largely accepted and respected within the American Indian culture. Hopefully I have explained it well, I mean no disrespect at all. Now going back to the original question. 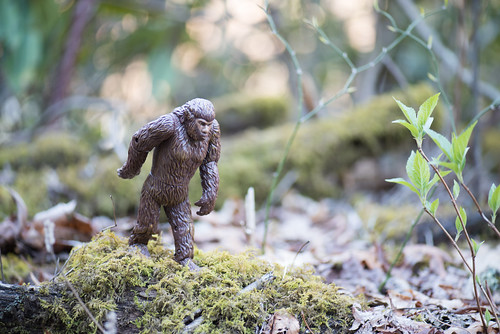 Then why don’t more governments or law enforcement officials openly acknowledge their existence? They choose not to at this time because they need more information and data about them before they can do that.

Most law enforcement agencies are not aware of the existence of this creature. Some are taking a closer look at it and evaluating their own encounters that they might have had. At least one government agency (FBI) has admitted to pursuing scientific research in the existence of these creatures at least once.

-According to one theory, the sasquatch belongs to an unknown primate species, likely the same as the hominids found in Africa and Asia. The mysterious hominid species might have been the first to make the shift from feeding on vegetation to a diet consisting primarily of meat. The theory posits that large, slow-witted hominids were able to survive in areas occupied by large game.

-Although it is very rare, sasquatch have been reported in all six populated regions in Canada and Alaska. They are most commonly seen in the far north but can be found everywhere there are tall coniferous forests, such as British Columbia’s Pacific Coast; countries such as Finland , Sweden , Norway and France; and throughout the US states of California , Oregon , Washington , Idaho , Montana , Wyoming and Colorado .

-The sasquatch is believed to be a primarily nocturnal creature that blends in perfectly with its environment. It can be seen moving very slowly through dense foliage, but when it stands erect, the creature reaches well over 8 feet tall and has large hands that almost always have claws like a bear. Typically, the sasquatch walks with an upright gait and uses its arms to feed on leaves and other plant materials, indicating a diet consisting of both plants and meat. This makes them more similar to the African apes than to humans.

-There have been numerous sighting reports of sasquatch by police officers, firefighters and other law enforcement personnel. These sightings are just as credible as those reported by civilians who do not have a vested interest in the outcome of their report or who are facing potential ridicule.

-The creature has also been spotted on the ground, on horseback, and from the air, according to eyewitness accounts. The sasquatch is known to travel miles at a time and is very good at moving stealthily through its forested environment without leaving any footprints behind. There have been numerous reports of a sasquatch successfully eluding pursuers after it has been spotted.

-The creature is also known for its ability to mimic the human voice. Often, there are instances where a sasquatch is imitating a human voice. It can be heard communicating with other sasquatches within the forest, although researchers have never been able to determine what it is saying.

In conclusion, I believe it’s fair to say quite a number of folks believe in bigfoot. After all, there’s plenty of evidence to suggest some sort of sasquatch is out there. Also, if you’ve got an opinion or theory to share, leave a note in the comments below! Read on for more articles about bigfoots sightings in North America and around the world! It’s not as crazy as they say.