The skinwalker myths are stories of Navajo people who say that the Skinwalker is a mysterious being that can become invisible, change shape, shape-shift into many different animals, and even shapeshift into a ball of flesh. The Navajo people believe that this being is the most dangerous because they have supernatural powers and they can shapeshift into any form you can think of. They can appear as human beings or animals; it all depends on the situation. But what are skinwalkers? Who are these witches? The Native American word for skinwalker is yee naaldlooshii–which comes from the Navajo meaning “with it, he goes on all fours”. The legend of the skin-walkers is not well understood outside of Navajo culture, mostly due to reluctance to discuss the subject with outsiders. Traditional Navajo people are reluctant to reveal skin-walker lore to non-Navajos, or to discuss it at all among those they do not trust. 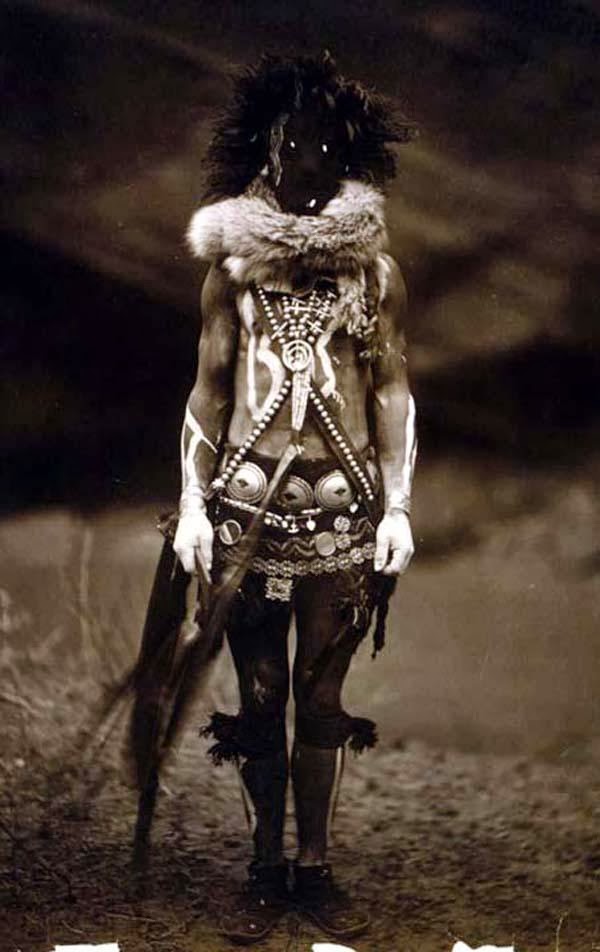 Most Skinwalkers have one form that they use to trick people. They can choose one animal that will be most powerful for their purposes or they can use different forms to attract different people for their goals. For example, a coyote may transform into a human being so it can talk with people about what is going on in the world at the moment. This way, the Skinwalker learns what people are talking about and feels as if it were a normal person. The Navajo believe that Skinwalkers are performing great wrongs in their tribe by stealing the souls of men and women, causing sicknesses, death, accidents, and bringing bad luck. They cause a lot of problems in the Navajo tribe. They can turn people against each other with their witchcraft and make people or animals ill. They also distort the truth about things and cause people to do things that they regret because the Skinwalker used his powers over them. One of the greatest dangers of Skinwalkers is that they can make you lose everything that you have.

It is also believed that some people in the Navajo culture are able to see through the human disguise and recognize the true look of their Skinwalker. They are supposedly near-impossible to eliminate. Some traditions mention a bullet, knife or some other weapons dipped in white ash might have the ability to eliminate a Skinwalker. The myths about Skinwalkers have not changed much over time. This is why the Navajo believe that Skinwalkers are still out there somewhere. They say that because of the way animals stay away from them, it is a sign that they are evil and dangerous. To this day, Skinwalkers still roam the Navajo land and may be more prevalent than we think.