Have you heard of the term cryptozoology? You’ve probably heard of beasts, strange animals and rare creatures. We’ve all heard stories of creatures and animals that may or may not exist. You may be surprised to know there is a world that actually studies and questions beasts and strange animals. This world that dives into studying sightings, studies and folklore about animals take their studying rather seriously. Cryptozoology is the study of understanding the existence of questionable animals. For example, have you heard of Bigfoot or Yeti? These are disputed animals that have questionable existence. Some say these animals exist. Some say they do not exist. Cryptozoology digs deeper into myths and tries to find the underlying facts of what animals do and do not exist.

Cryptozoology can be rather interesting. It can be mystical. It can be mysterious. It is very captivating to study this pseudoscience. Cryptozoology is a mix between a pseudoscience and subculture. It was in the 1950s when this form of science and subculture came about. There have always been myths and stories told of spotting mysterious creatures. But in the past few decades these myths, stories and ideas have been studied on a more serious level. This study does not follow the traditional scientific method. Hence, this study is considered a pseudoscience due to its lack of traditional studying methods.

This is why cryptozoology has not become a real science. This pseudoscience has been around for a very long time and this has been a very interesting and unusual study throughout the years leading up to now. In the beginning of cryptozoology, this was considered a pseudoscience. In some cases, it starts out as a myth. But in the 1970s and 80s this started to become a “real” study. Some people starting out with cryptozoology have written books about their studies of this form of science. Cryptozoology is mainly made up of two parts: 1) Belief and 2) Research. These are the two main things that make up cryptozoology as a whole.

It is not uncommon for biologists to find new species. However, those in cryptozoology tend to focus on the spotting, findings and understandings of creatures derived from folklore. Those that study this folklore tend to lack a formal academic education. Cryptozoology is not widely accepted by different academics. Many scientists do not accept or recognize this form of study. This study is criticized heavily because it’s based off of anecdotal information. This study is also critiqued due to it not having any collegiate or academic institutions that actually offer a cryptozoology program for students to study. Many known cryptozoologists are also criticized due to the fact that their sightings of certain creatures are not backed up by science. Some of these types of cryptozoologists include world famous Loren Coleman. He has written many books on the subject such as Cryptozoology A to Z. Coleman majored in anthropology, minored in zoology, and did some summer work in archaeology. He received a graduate degree in psychiatric social work from Simmons College in Boston. Coleman was admitted to the Ph.D. programs, and took doctoral coursework in social anthropology at Brandies University, and in sociology at the University of New Hampshire’s Family Research Laboratory.

Cryptozoologists are often people who believe that various types of creatures are still out there that are either unknown to humans or not fully understood by humans. Cryptozoology is based off of anecdotal evidence mainly in folklore but also in various rumors and myths that may have stemmed from sightings of cryptids over long periods of time. They like to track these unknown or unknowable creatures through their research because they find themselves very fascinated with it all. 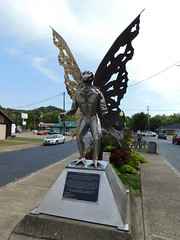 In recent years cryptozoology has changed and now it has a more scientific approach to it. It is more of the study that is used by those interested in strange creatures. Cryptozoologists are now more concerned with the animals, creatures, and other forms of life that have yet to be discovered. Cryptozoologists are always trying to find these creatures because they want to know what species exist on our planet. Through this study they are hoping to discover them one day.

Claimed sightings of strange creatures and animals will probably always exist. People will probably continue to spot what they may consider a creature. More explanations and factual information will prove or disprove what animals’ people are claiming that exist. Overall, this is a very interesting study. Cryptozoology may not get much recognition. But it does not lack interest as many people wonder about strange existences of other creatures. The world of cryptozoology will continue to study and question the existence of the folklore of strange sightings of mysterious creatures.

In conclusion , there are many stranger than fiction ideas and many of them are made up. Also this study proves the interest in strange animals. People out of their comfort zones wonder, look, imagine and research about that which they have never seen or heard about. It is such a small percentage of the population that make such suggestions but that tiny number greatly affects people’s way of thinking. It is amazing to consider these possibilities and where people will go with their heads as they continuously, for thousands of years, search for answers to these questions.