For many years now there is a constant debate on whether Bigfoot is a true flesh and blood creature roaming the woodlands of our planet Earth or not. It is a constant argument between skeptics and Bigfoot believers trying to outdo each other. So many people in the middle who are simply interested in Bigfoot might wonder why Bigfoot is considered a hoax by the mainstream. It is a very legitimate question which deserves to be answered.

To hard-core Bigfoot believers there is nothing you can say which would convince them that Bigfoot is not real and is a product of misidentification or a grand hoax. However there is a large section of the mainstream public which is very much interested in the Bigfoot phenomenon. They are very much interested in why mainstream scientists for the most part completely ignore reported Bigfoot encounters and alleged Bigfoot evidence. The majority of scientists except for a few mavericks consider Bigfoot as simply animal misidentification.

Within this post I will be doing my best to answer this question as truthfully as possible. I’ll be discussing some of the major points skeptics believe disqualifies Bigfoot as a real creature dwelling within our forests. Just for the record regardless of what Bigfoot advocates will say, most folks in general consider Bigfoot a joke. One very simple reason most people do not believe in Bigfoot is simply the notion that how could a 8 to 10 foot tall, 800 pound animal be roaming our forests today unimpeded. Most people believe that such a creature existed today it would have been surely captured by now. Modern technology has advanced incredibly over the last few years, equipment such as night vision cameras, listening equipment, and thermal-imaging cameras are everywhere.

To begin with there is a lot of controversy on the fact that skeptics will say why aren’t there any Bigfoot byproducts found. For example, why aren’t there Bigfoot bones scattered across the forests around the world? As far as I know there has not been any bones found which has been tested positive for Bigfoot DNA. Now some Bigfoot investigators might say that there have been bones collected and tested positive for an unknown primate. 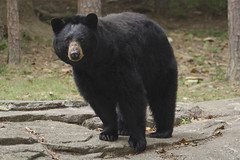 However the problem is with the people who tested it were Bigfoot enthusiasts connected to Bigfoot in some way. Every mainstream DNA scientist who has tested alleged Bigfoot bones has concluded animal misidentification such as the great American black bear, polar bear or various other animals. The same can be said also with Bigfoot scat, typically it’s just bear poop, human or other known animals found within the habitat.

Another big debate over Bigfoot evidence is footprints left over from the animal. Bigfoot researchers will say even though some Bigfoot tracks are faked, a good percentage of them are absolutely real. They claim that the real Bigfoot footprints are impossible to fit. Conversely skeptics and the mainstream in general will say it’s all fake. Essentially with enough time and human ingenuity these tracks are easily manipulated and faked. For example Bigfoot investigators will say what about the fine details these footprints have; the skeptics will simply respond by saying it all can be faked.

The number one reason why folks generally say Bigfoot is a hoax is because where are the bodies? The mainstream public and scientists alike will argue if Bigfoot truly exists where are the dead bodies or even just a couple bones? In general skeptics and mainstream scientists demand an alive or dead Bigfoot in order to prove they actually exist. I have an open mind when it comes to the subject of Bigfoot however the question of where are the bodies, truthfully makes it just that much harder to believe in the creature completely. Having said that the mystery of Bigfoot/Sasquatch continues to exponentially grow year-by-year hoax or not.

2 thoughts on “Why Bigfoot is a Hoax”