This article goes into depth about what bigfoot is and how it fits into the larger world of conspiracy theories. It then explores some bizarre and crazy encounters that have led to speculation about a possible Bigfoot existence. Whether you believe in this supernatural creature or not, these theories certainly make for an interesting read! Bigfoot is one of the most famous conspiracy theories, and one of the most popular topics in modern-day society.

In brief, the bigfoot is thought to be an ape-like creature that is a combination of human and ape. The creature has been reported to be nine feet tall, has large ape-like hands and feet, running on two legs; and an apelike body and head. It is speculated that bigfoot originated with ” Gigantopithecus “, which was a huge ape native to Asia. A true bigfoot sighting does not occur often. However, in the past 50 years, many reports have been made from different parts of North America about sightings of what some believe is a Bigfoot or Gigantopithecus. While there have been numerous sightings of bigfoot, no one has really discovered conclusive evidence to prove this existence.

The term “Sasquatch” is another term used to describe this creature in North America. Like its other name, Bigfoot, Sasquatch has its origin in Native American Indian terms. The roots of the Bigfoot theory are buried deep within Native American culture. They are said to live in remote forests where they eat mostly berries and plants but have been known to sometimes hunt animals such as deer. There have been numerous sightings of bigfoot over the years, all around the world. Most reports were said to have occurred in Washington; closely followed by California, Oregon, and then Minnesota. 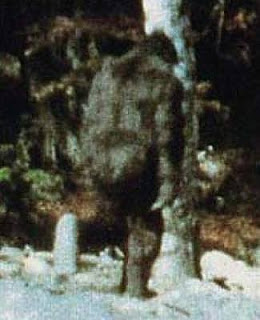 Skeptics say that there is not any real evidence to support belief in bigfoot. Some say sightings are often due to a misinterpretation of other creatures, like bears or large birds. Others point out that most bigfoot “sightings” come from remote areas where it would be easy to mistake another creature for a bigfoot. The existence of bigfoot has not been proven, but despite this, many believe they are real and remain undiscovered.

Bigfoot is one of the most popular conspiracy theories in North America. Bigfoot is a cryptid, which means it is an animal that does not have a scientific name, but some people believe it to exist. There are many different Bigfoot stories that vary from location to location with each telling having its own unique characteristics in terms of the type of creature and behavior. “The Sasquatch Chronicles: The History of Bigfoot” by John Green is a great resource for learning more about what seems like such an unlikely phenomenon.

Conspiracy theories are theories in which powerful groups are alleged to be responsible for conspiring to withhold information from the public, or unfairly influence government policy. Such theories also often allege cover-ups.

The phrase “conspiracy theory” is sometimes used to discredit such theories, even though many such theories are true, or at least consistent with the observed facts. Often, their truth or falsity cannot be finally determined “on the basis of a single argument.” Such theories that draw on limited circumstantial evidence and sometimes appealed to secret plots are a common feature of many religions and/or paranormal beliefs. Such theories have existed about numerous topics in various areas of human activity and history.

The piece talks about how many people feel that there should be more research on this topic, but since it is not seen as a pressing issue by most people in charge it has been difficult to get funding for. It talks about some of the theories as to why there may be an unwillingness to study areas like Bigfoot and UFO’s which include groups like the Illuminati controlling the information and government officials just wanting to keep their jobs. These details combined with others from conspiracy theorists have led many people to believe that a large percentage of these hidden organizations actually do exist in one form or another today.

Many people seem to possess a fascination with the unknown and more specifically with creatures that may or may not be real. Every year questions are asked about what is thought to be the Loch Ness monster, bigfoot, and space aliens. It is said that some people believe you can’t speak of these topics in public without some kind of opinion coming out, good or bad. The topic of bigfoot has been around for many years and is still an ongoing search for researchers who are trying to find an answer to whether or not it truly exists.

Popular examples of Conspiracy theories are the JFK Assassination, the moon landing, and the Illuminati. These theories are often discussed in relation to forums such as 4chan, where people discuss conspiracy theories. Bigfoot is one of the most popular topics on forums. There are several forums on the site dedicated to bigfoot; there are also many threads about it that appear regularly on all types of internet forums. One of the most significant forums is called the “Bigfoot Forums”. It’s more than 11,000 pages long. There is a “Hall of Fame” section on the forum where users can post their personal Bigfoot sighting stories and photos.

Most of the content on these forums is written anonymously. Several forum posters have commented that there are many conspiracy theorists who advocate research into Bigfoot. The theories are varied. Some believe it is real while others think it is all hoaxes. Many of the theories are accompanied by several photographs or illustrations. The most popular images depict Bigfoot as a giant ape-like creature.

Most of the theories undertaken on these forums are based on “sightings”. These are the reports of people who have seen or claimed to have seen Bigfoot. There are people who seek to investigate the existence of this creature. The most common method is by setting up cameras in areas where Bigfoot is believed to live and by recording sightings that are said to have been made. There are many video recordings and photographs that could possibly be used to prove the existence of Bigfoot if these posts were taken seriously by scientists, government agencies, or others in authority; however, these records remain unproven.

Bigfoot conspiracy theories have appeared in popular culture, including in television shows and films. There have been many documentaries about bigfoot, and many different books have been written on the subject of bigfoot. This article will explore some of the conspiracy theories surrounding bigfoot. These theories range from the claim that bigfoot is simply apes to different tales of government conspiracies and cover-ups in regards to this topic.

The main theory in a discussion about bigfoot is that it exists and is known by a powerful group that has secretly agreed to conceal its existence from the public while promoting belief in fictional monsters and ghosts for entertainment purposes. The theory that bigfoot is an Illuminati cover-up is popular in forums on the website Reddit.

It is often claimed that bigfoots are aliens or demons, or that the government has captured one. Some theories suggest that bigfoot are really a highly evolved species, like humans; while others say they are demonic creatures. Some theorists believe the government has been experimenting on the bigfoot and using them for military purposes (such as using them as weapons); while others claim there is a secret organization testing “mind-control” on them.

They are kept alive on covert military bases and studied by scientists in order to understand their physical hindrances (such as being able to breathe, talk, or see) and also to understand how evolution “failed” with these creatures because they have many similarities with humans. This is mostly based on the premise that both humans and bigfoot have a similar DNA structure.

A popular belief is that bigfoot are alien creatures who have been sent to Earth to observe humans; however, several posters have commented that others believe that bigfoot are government agents, and some even suggest they may be demons. Another theory is that it is a part of an experiment. Many people think the government is attempting to create a new species or modify humans to live in extreme conditions.

The most popular theory is that Bigfoot is an alien. The theories assert that a race of aliens landed on earth thousands of years ago and interbred with humans and created Bigfoot. This would also explain why no bodies have ever been found because they do not support DNA evidence and are missing bones due to genetic tampering by extraterrestrial aliens.